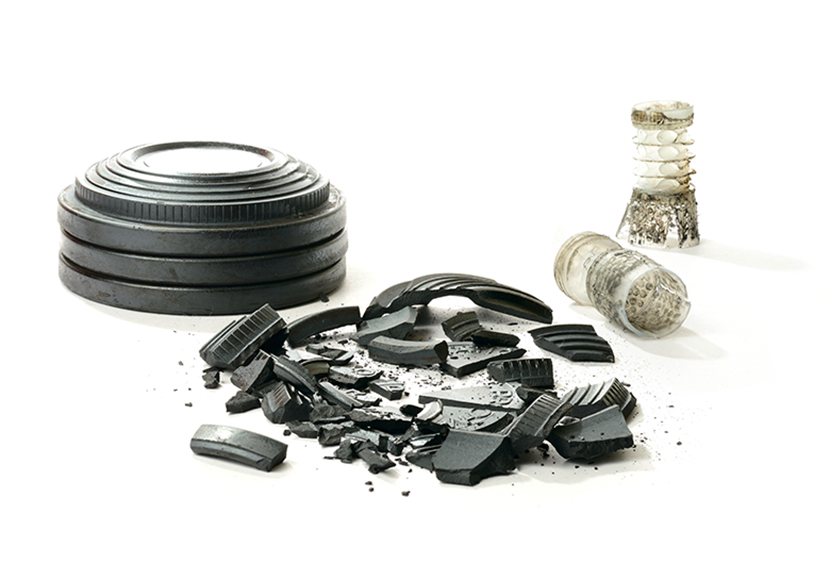 "When you finish reading this book, with its huge collection of questions and answers explained, your mind will finally be "cleared" and you'll truly understand shooting technique like you've never imagined could be possible. And we're not kidding... there is no other technical trap shooting books on the market like it!"

Shooting is an advanced-level shooting book for accomplished trap shooters!

You can buy both books but remember to read Trap Shooting Secrets first.

When you get your setup down pat with the tips and instructions given in Precision Shooting, it's going to be hard to miss a target. And that's going to make you a dangerous shooter to shoot off with! It all makes perfect sense once you have the inside knowledge of the game. The gun and eye hold tactics are powerful tools. Try them and see what happens... your score is going up!

It is dangerous to believe you can achieve repeatable wins in trap shooting without having the knowledge. Just look at your scores, and you'll see what we are talking about. Then look at the accomplished shooter's scores, talk with them, and you'll see it's the knowledge not just natural talent that makes a consistent winner.

The professional shooting techniques are easy to learn.

It's not rocket science, it is tried and proven advice and specific instructions to break targets consistently. It's dangerous to think you don't need this knowledge, after all, it is your money at these shoots you are going to lose. The better shooters will keep you out of the game simply because they "know the game" and the "inside tricks" they use are so solid... you can't beat them!

And if you thought Trap Shooting Secrets was good... wait until you get your hands on Precision Shooting! Habitually missing targets becomes a faded memory.

Precision Shooting takes you to the highest level
where professionals reside.

Here's the ultimate shooting coach right by your side to help you fine-tune your trapshooting straight from the author of "Trap Shooting Secrets" - James Russell. "Precision Shooting," tells you correctly what to do when practicing step-by-step, but on a much higher level. Incredible variations of gun and eye hold points to break more targets are revealed (inverse holds, M-holds, etc.), identify and resolve once and for all the insidious slow and fast pulls that destroy setup and timing (you learn how to shoot a slow pull not just turn them down), 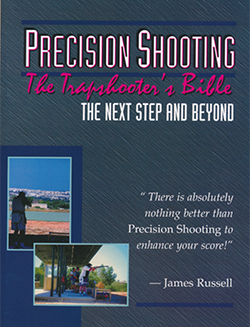 learn the sine-wave method of call timing to ensure consistent shooting and get crisp pulls. Learn how to see targets brighter and in slow-motion with focal eye exercises and hold points, learn the in-depth secrets professional trapshooters use to build repeatable, consistent precision to dispatch each target dead-on into dustballs (no chips or messy breaks here). Detailed back-sighting techniques to hone precise sight pictures (you'll see the target as you've never seen it before... you'd swear the target were as big and bright as a full moon), learn how to adjust timing and zones on various trap conditions, recovering from mistakes in competition to initiate damage control and prevent erosion of score, intensify mental concentration and visual focus (without straining), one and two-eye shooting methods and blending the forms, high and low gun-hold formulas and how to use them to your advantage. You'll also learn how to identify misaligned station posts and trap machines and make the necessary corrections (super great advice here that works).

Twelve chapters with more than 80 illustrations so learning professional trapshooting techniques is easier than ever before, but there is so much more. And, here's a first, over 315 answers given to questions all trapshooters ask with in-depth explanations of how to resolve specific shooting problems; from missing targets, breaking out of a slump, flinching, to learning the inside secrets to consistently dustball targets, etc. Like Trap Shooting Secrets, Precision Shooting reaches worldwide acclaim. It's a must-read for any trapshooter, especially the handicap yardage shooters, where big money is won. No other trapshooting book explains such in-depth "professional" shooting details. Softbound 8x11 format, 219 pages, 12 chapters, over 130 illustrations. This is equivalent to a 600-page 5x8 size book!